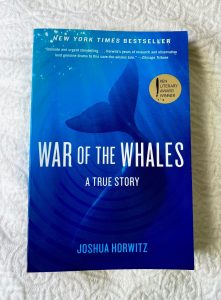 END_OF_DOCUMENT_TOKEN_TO_BE_REPLACED

Today I learned: scientists figured out the oxygen levels in the waters off of Central America from 40,000 years ago. Before this study, people had thought that during the last glacial period (~110,000-15,000 years ago), oxygen levels in the oceans were higher because cold water can hold onto oxygen better. But this group was able to use a type of fossilized plankton that only takes up a type of nutrient in oxygen-rich conditions to determine that the deeper waters of the eastern Pacific Ocean were actually oxygen-depleted during this time. Typically, oxygen levels in oceans increase as you go deeper, but Hoogakker et al. found that there was no increase from shallow to deeper waters. Because the Pacific Ocean is the biggest sink (or storer) of carbon, holding about 50% of the total oceanic amount, this group suggested that the Pacific Ocean played an important role in the amount of carbon dioxide in the atmosphere during the glacial period and the transition period that followed. 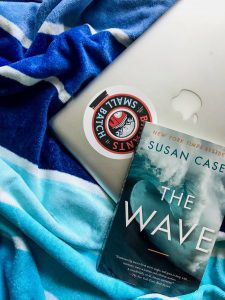 I am by no one’s definition an adrenaline junkie, but the introduction of Susan Casey’s The Wave is enough to get any reader’s heart pounding and mind racing from secondhand adrenaline. Casey’s ability to so vividly drop the reader into those first few harrowing, white-knuckle scenes is astounding. Despite being born and raised in California, the farthest I’ve been from the shoreline was the hour spent snorkeling along the beach for a school trip, and yet with Casey’s story-telling, it felt like I was on that ship in the middle of a storm that produced wave sizes that no one had predicted. Her writing style and the narrative she carries through this book stuck with me so much that even though it’s been four years since I first found and read this book, it kept me riveted the entire time that I re-read it. And perhaps more importantly, four years later, this book is still one of the first books I recommend to people who are looking for something non-fiction to read. END_OF_DOCUMENT_TOKEN_TO_BE_REPLACED